This game could become a turning point for either player. A disastrous start by Mamedyarov, somewhat confused chess by Andreikin – both clearly needed changes! 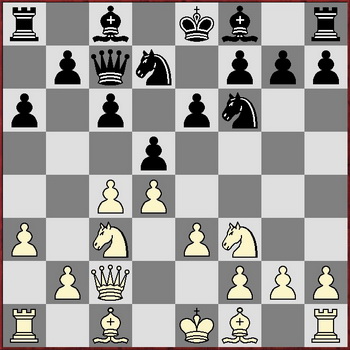 I hardly believe it, but this move is a novelty. Black tested many different moves, but the most popular is an unpretentious 7…dxc4, after which 8.Bxc4 b5 (8…c5 at once is good too) 9.Ba2 c5 White’s Qс2 loses its purpose, because the queen will have to move again after 10.0–0 Bb7 and …Rс8. 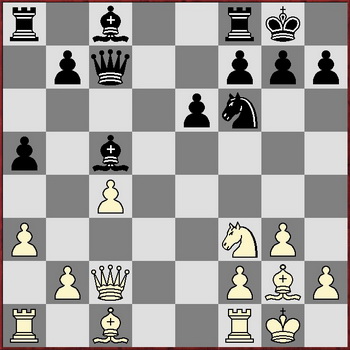 14…e5. This decision was supported by computer engines but criticized by Sergey Rublevsky during the online commentary. I don’t dare to argue with computers, but this move indeed looked suspect for a human eye. Perhaps against such a forceful player as Mamedyarov one should play more solidly – 14…Bd7 15.Bf4 Bd6 16.Bxd6 Qxd6 17.Rad1 Qc7 18.Rfe1 Bc6, and Black should equalize. 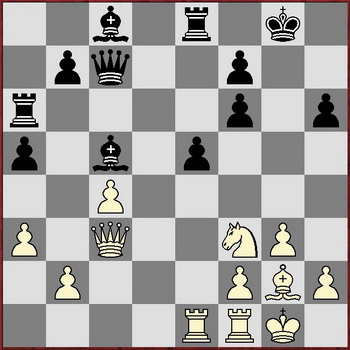 Although this move is widely supported by chess engines, messing up Black’s pawn haircut seems impractical at best (especially against Mamedyarov, I insist!). Humans vote for 18…Rxf6, and after 19.Rxe5 Rxe5 20.Nxe5 Qb6 Black’s compensation seems enough to draw.

19.b4 Bf8 20.Nh4 axb4 21.axb4 Be6 22.c5. Another curious observation – Black’s position looks difficult to a human eye, while computers, even at a significant depth, see absolutely nothing wrong with it. 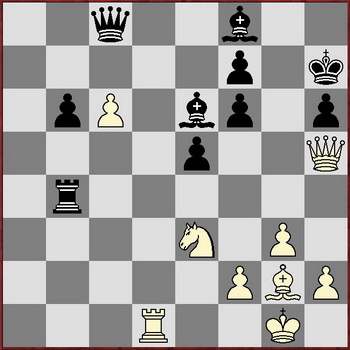 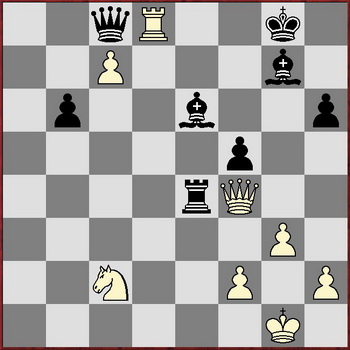 This game did not exceed the span of Kramnik’s opening preparation and was almost shorter than the press-conference afterwards. It looks like Anand was not in a mood to fight and simply tested Vladimir’s knowledge of sharp and forced opening lines. 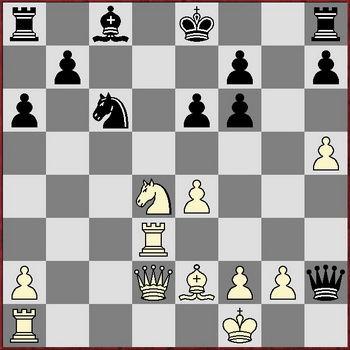 20.Bf3 Bd7! This move allows Black to hold in all variations. 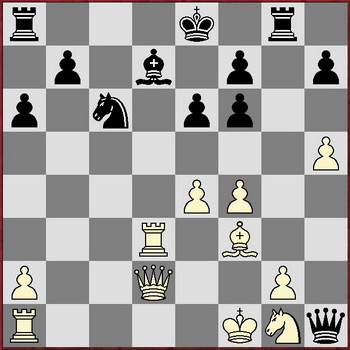 1.c4. At the press-conference Karjakin said that he already tested all sensible moves against Topalov, except for this one, so it was the time to experiment.

1…e5 2.Nc3 Nf6 3.Nf3 Nc6 4.g3 d5 5.cxd5 Nxd5 6.Bg2 Nb6 7.0–0 Be7 8.d3 0–0. This position is very common, and its evaluation is critical for the entire line. White tries to prove importance of his extra tempo compared to the Dragon, Black objects. In my database I found that Topalov plays it for both sides, while Karjakin defended it a couple of times as Black. 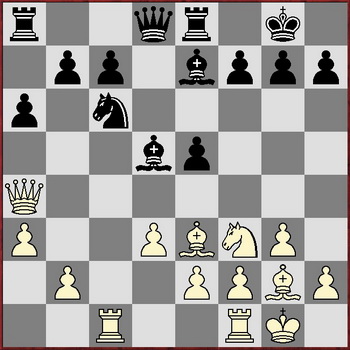 A critical moment after the opening. Later Karjakin was unhappy about his next move.

14.Rc3. I like the crafty 14.Rfe1!?, and Black has surprising problems with his next move – after 14…Bf6 (nothing is changed by 14…f6 15.Qg4) 15.Nd2 looks even stronger. I cannot say White has an advantage, but his position is somewhat more pleasant. 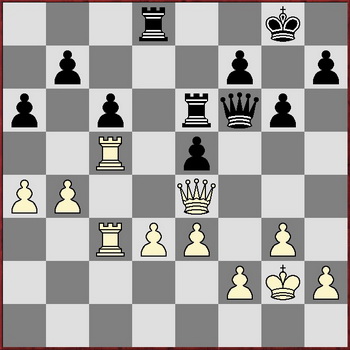 27.exd4 exd4 28.Qxe6 Qxe6 29.R3c4 Qd6 30.a5 h5 31.h4 Kg7. The computer gives slight preference to Black, but does not even try to make progress. The players follow its recommendation mostly because of the time control.

1.d4 Nf6 2.c4 g6 3.Nc3 d5. Seeing the Gruenfeld against d2-d4 is never surprising in Peter Svidler’s games, but seeing him surprised in these lines is equally rare. 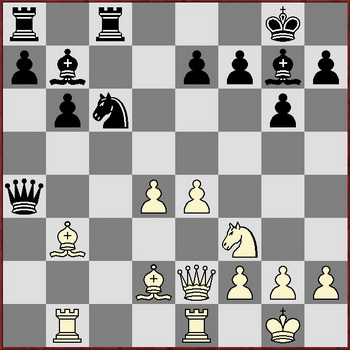 22.Bxf7+. The principled and possibly strongest reply. After it the game continues almost by force and requires accurate defending from Black. 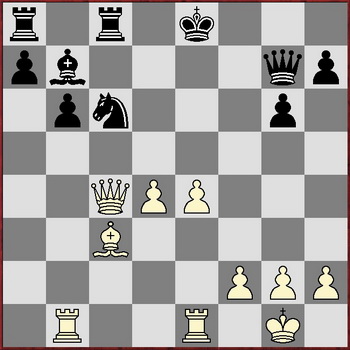 The critical moment of the game. At the press-conference Svidler said he saw 27…Nxd4 28.Qxd4 Qxd4 29.Bxd4 with the draw being very likely, but decided to continue fighting. Such an optimistic decision deserves criticism – White’s winning chances in a practical game are pretty high, while Black needs to be very accurate to hold. 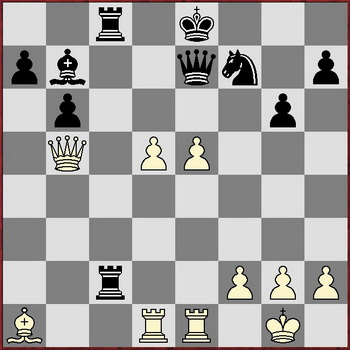 So far Svidler was up to the task… 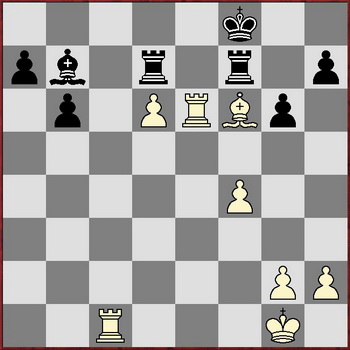 Black is completely chained, and his connected passed pawns on the queenside cannot move. White’s advantage is almost decisive.

47…Kg8 48.h4. The h-pawn breaks through Black’s kingside like a battering-ram.