Slowly but surely the chess fest in Khanty-Mansiysk comes to an end. Very soon we will find out who is going to play the World Championship match against Magnus Carlsen. However, memories about the thrilling finish of the London Candidates are still fresh, so let us wait and see if there are any  surprises in the last three rounds.

Although only one of today’s games ended decisively, it was a very fighting round. Vishy Anand and Vladimir Kramnik both had winning chances, and in Mamedyarov-Karjakin the tables were turned several times. 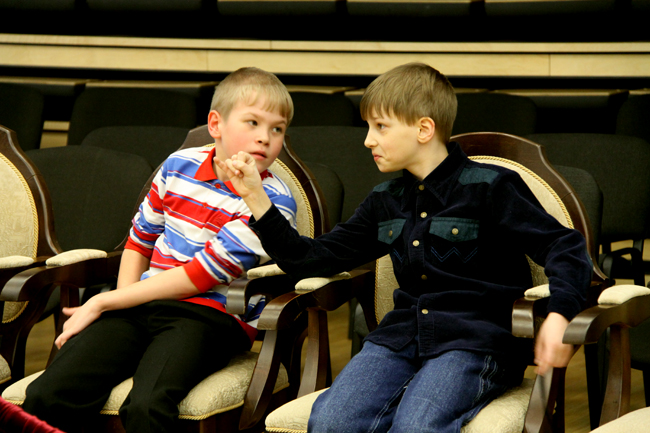 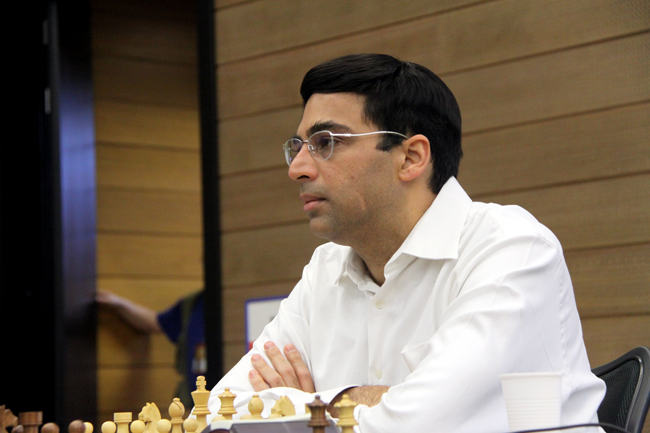 And kids started to record the action on their cellphones. 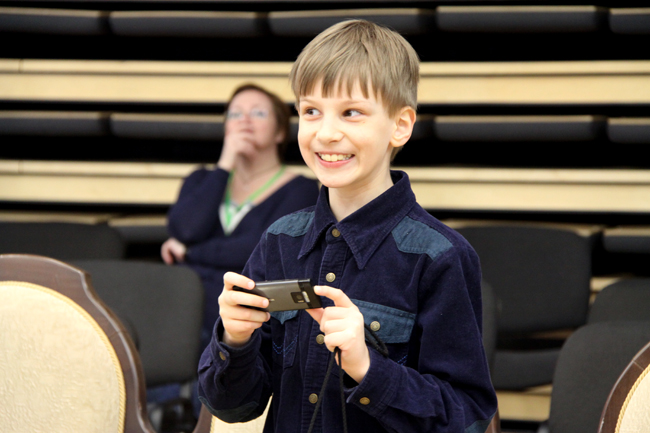 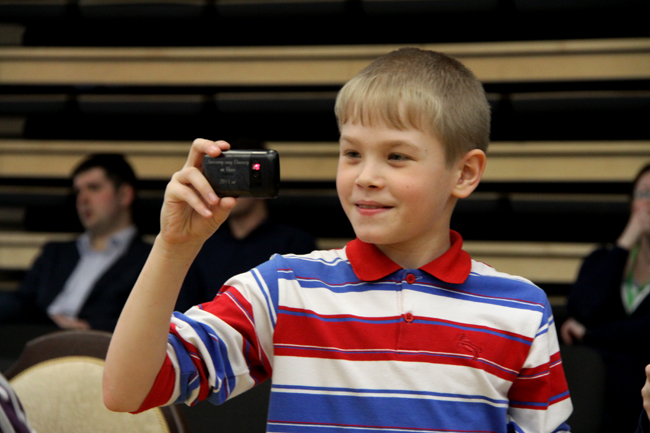 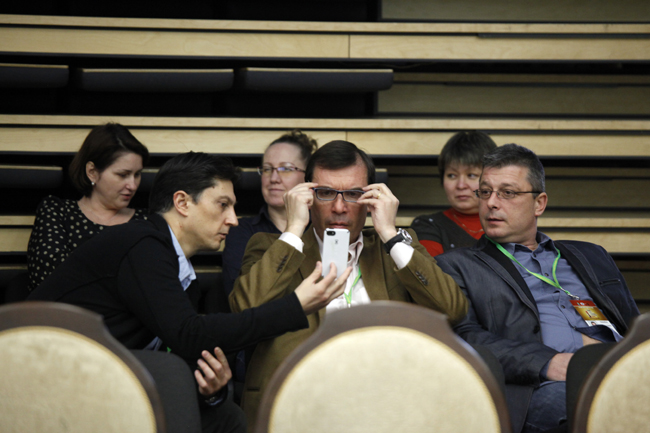 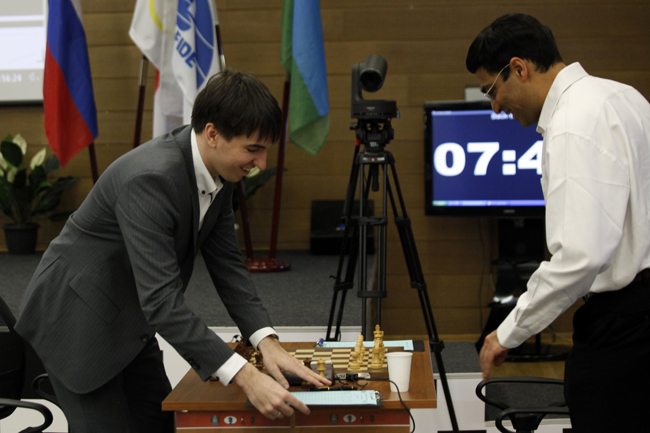 Dmitry Andreikin and Vishy Anand had a very emotional handshake and even dropped some equipment. 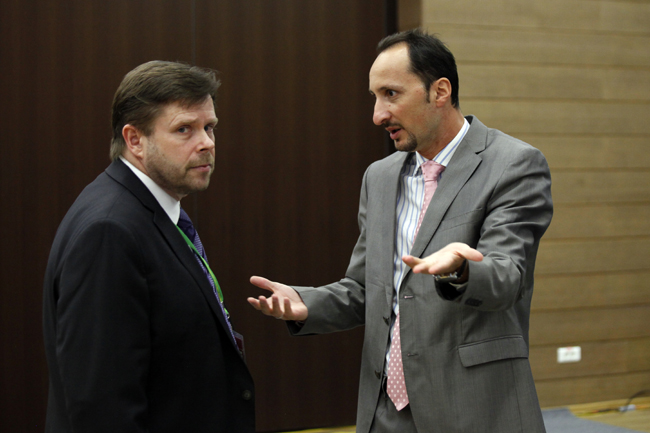 In the beginning of the round Veselin Topalov got questions to the Chief Arbiter’s assistant Hal Bond. 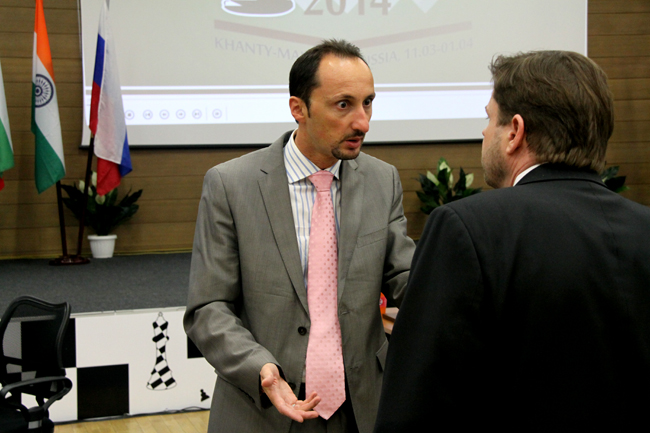 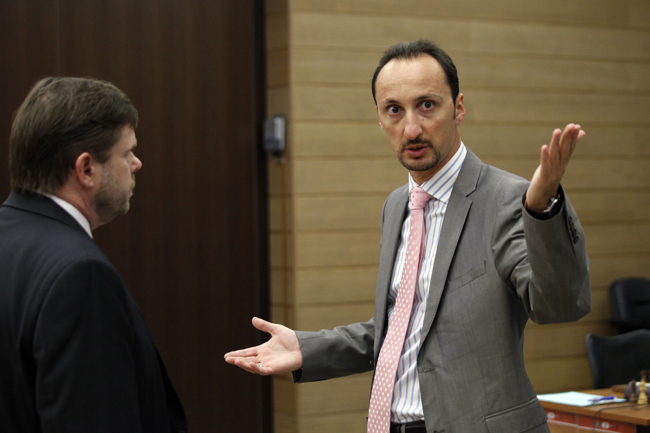 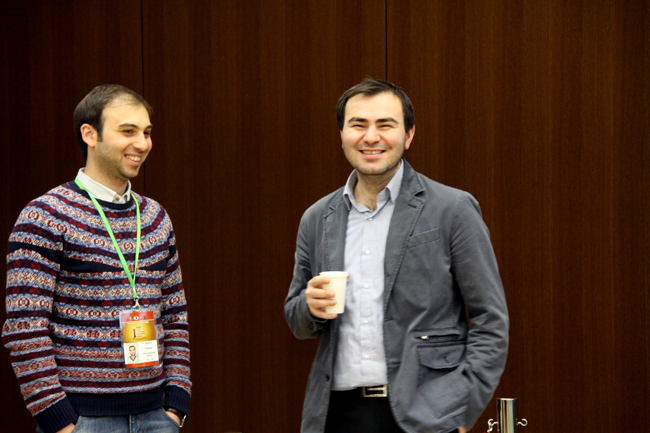 Shakhriyar Mamedyarov is prepared for heroic deeds all day long. 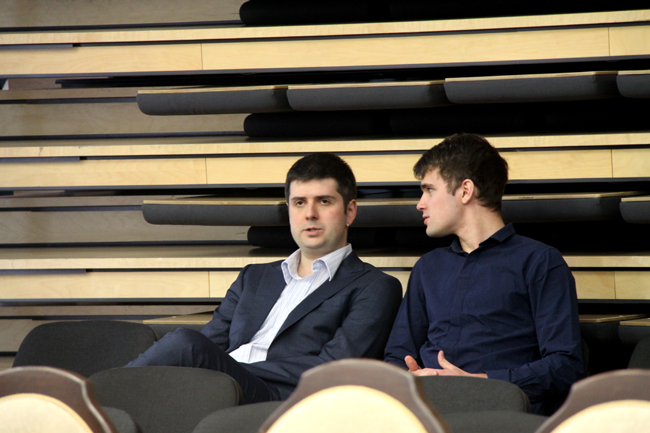 – The event is very interesting. I think it is even more exciting than the previous one in London, where I also worked for Peter. Hopefully there is still some intrigue, because in London the turmoil started in the 12th round, when Carlsen lost to Ivanchuk. Perhaps Anand takes a misstep, too, making the finish more interesting. 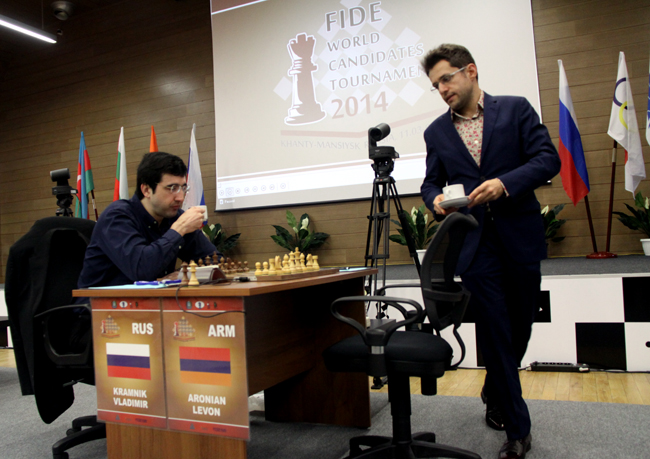 The players are getting to their seats. 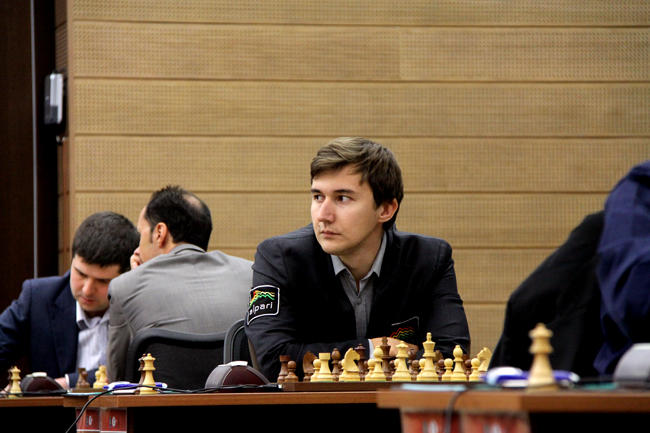 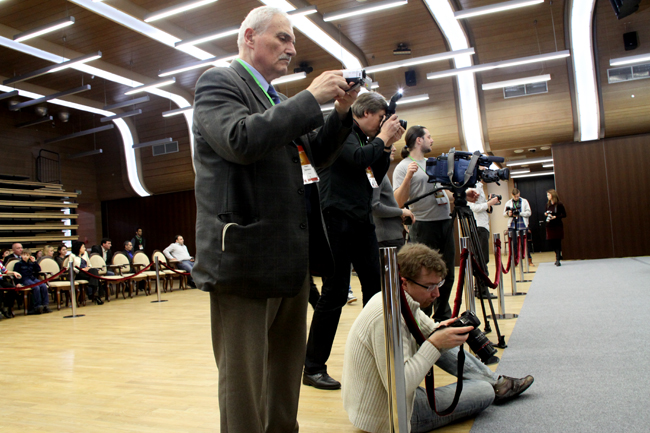 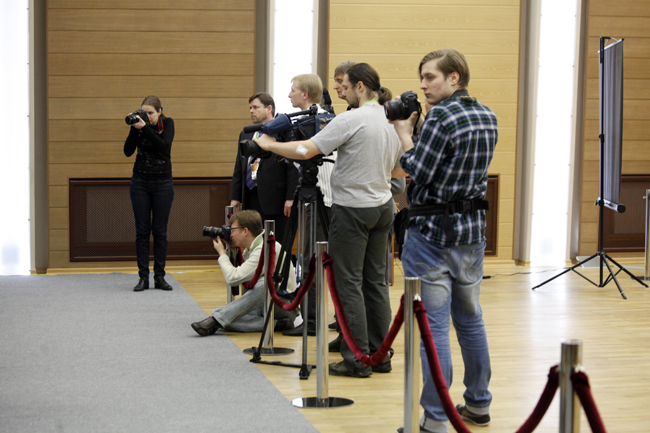 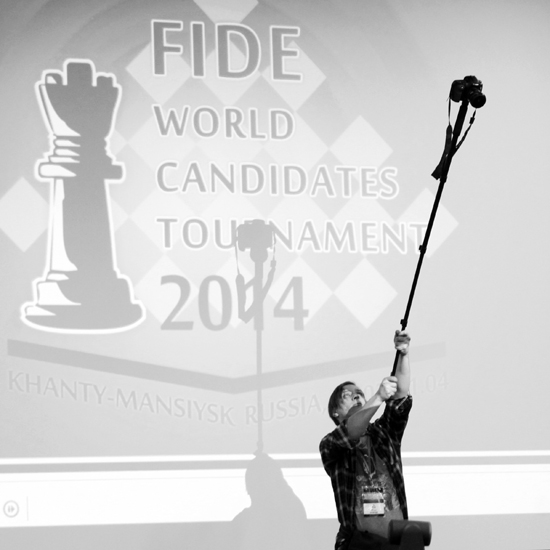 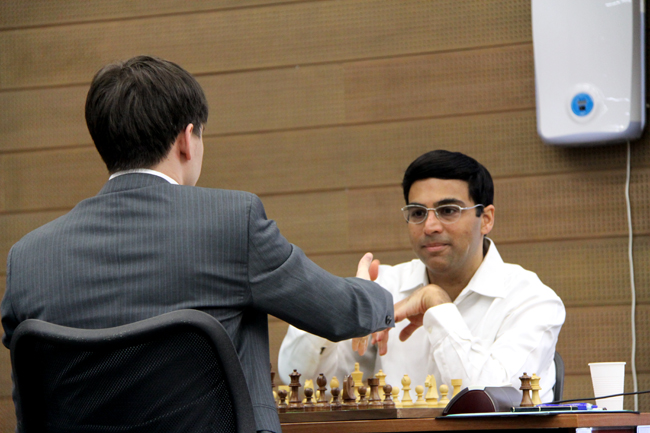 The 12th round begins. 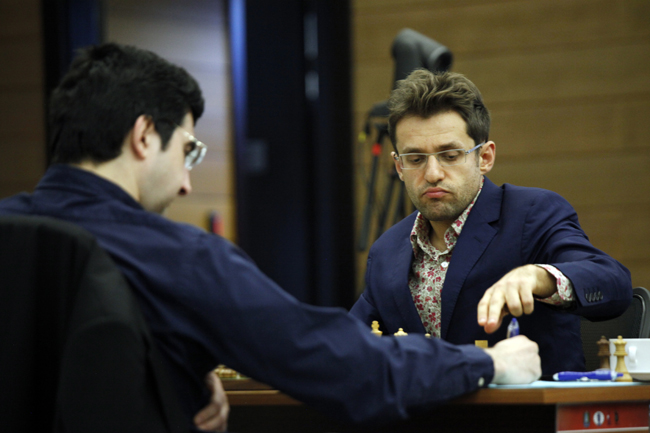 Last year in London Levon Aronian lost with White to Vladimir Kramnik. Will it influence their today’s game? 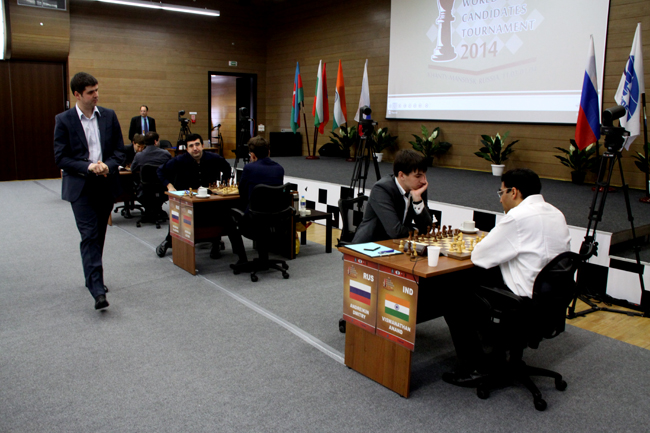 Peter Svidler made a few moves and went for a walk. 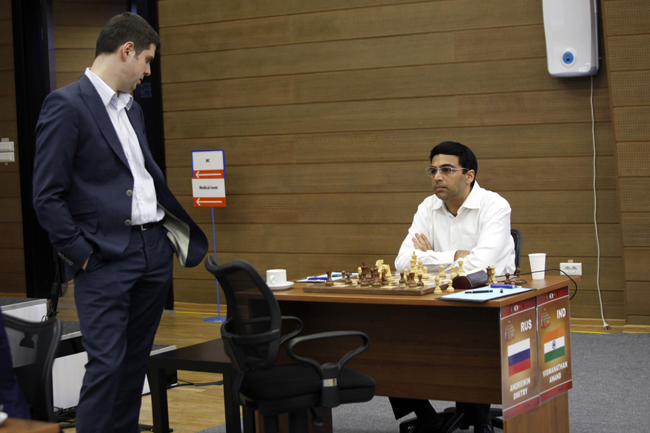 Naturally he was attracted by the leader’s game. 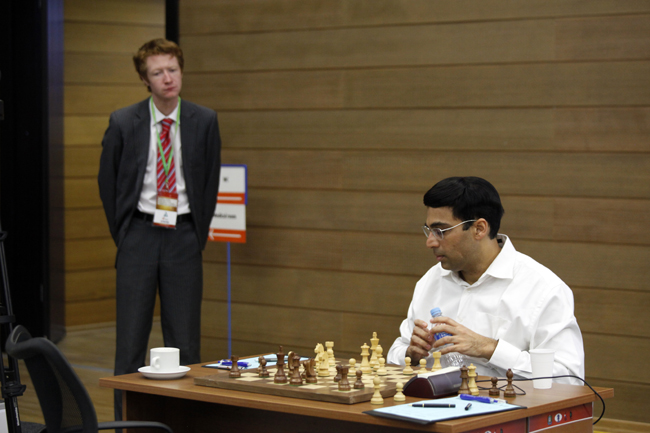 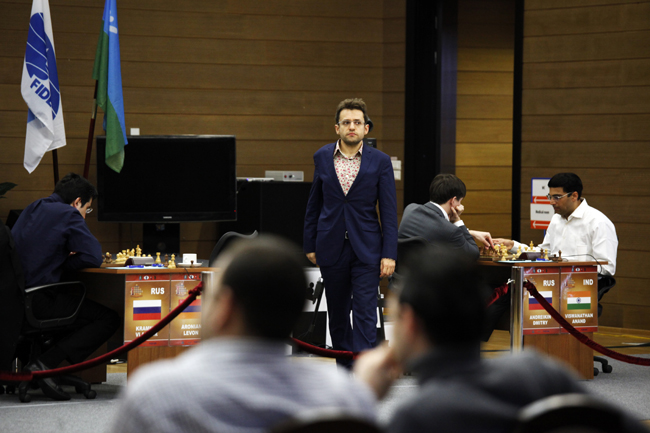 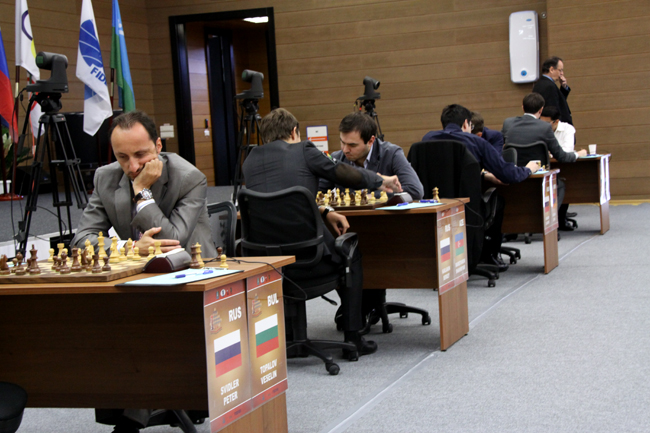 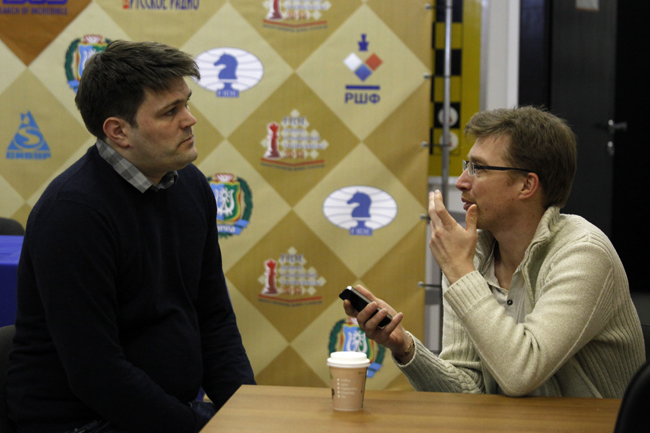 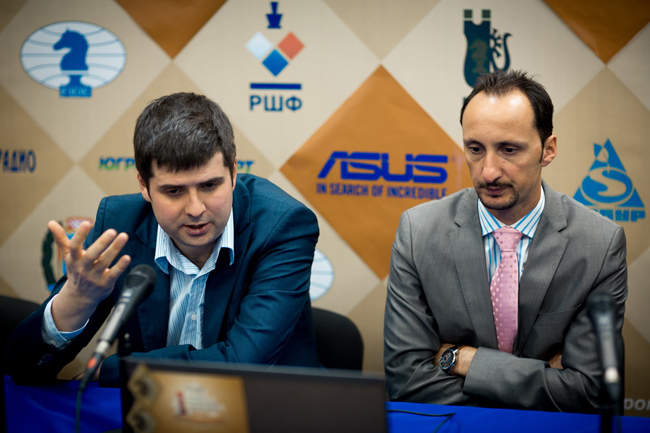 Veselin Topalov said Peter Svidler played today as badly as did Veselin in their game from the first half. 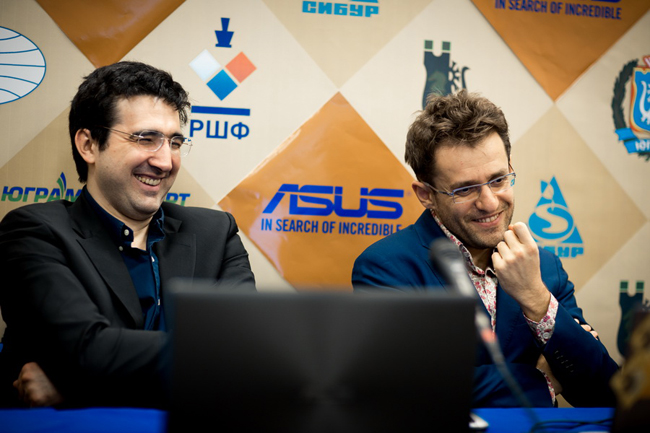 It turned out Levon Aronian and Vladimir Kramnik both tried to provoke risky moves from each other and look for their chances in wild complications, but the game ended in a draw anyway.

Levon Aronian: “If I was in the lead, I’d never play 27.е4, because it is very risky. It would be fair for me to lose today”.

Vladimir Kramnik: “I am already in a mood to leave, to be honest. The first place was my only goal here. I do not care for anything else. However, this is a matter of professional attitude: I must finish the tournament normally, playing decent chess”. 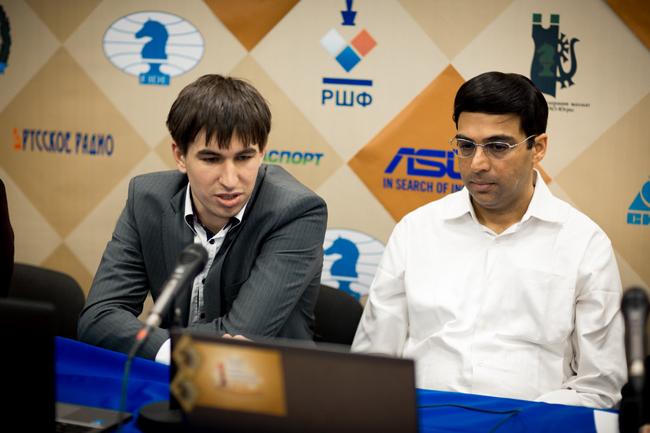 When Evgeny Atarov asked Vishy in Russian, the Indian did not wait for the interpreter to translate it. No, he didn’t learn Russian yet, he just has a strong read on Evgeny, knowing him for 20 years. 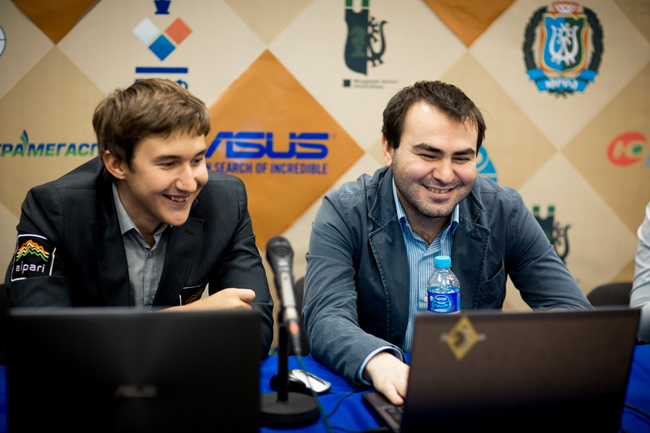 Sergey Karjakin started the press-conference by blaming the ACP: why this organization does not fight for the players’ rights and allows such an inconvenient time control?

One of the journalists asked: “Every day we see more doomed faces at the press-conferences. Do you still have hopes for the first place? What did you think seeing Anand’s position today?”

Sergey Karjakin: “I will answer the first half of your question only after the 13th round, when I have White against Vishy. As for its second half, well, yes, this game really affected me. I had a comfortable position, but then made an impulsive move 20…Ndс5, because I thought Anand is likely to win, so I must play for a win, too. And I nearly lost because of that”.

Shakhriyar Mamedyarov: “I realized that beating Sergey is not enough for me to fight for the first, but Sergey would have real chances if he defeated me. I wanted to initiate sharp play, and I think I managed to do it. However, my opponent was very well prepared, played quickly, enthusiastically sacrificed pawns and attacked. And I had to take his pawns and defend – it was horrible”.

Viswanathan Anand keeps the lead after 12 rounds. Levon Aronian is trailing by a full point. Sergey Karjakin and Shakhriyar Mamedyarov are tied for the third place.

6 thoughts on “The day of missed victories”