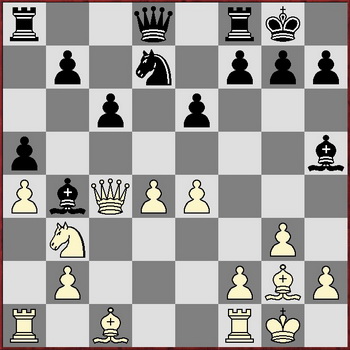 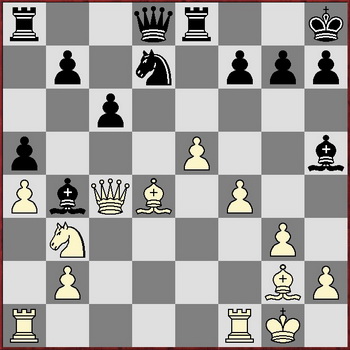 18…f6! 19.exf6 Nxf6. Black’s bishops are preventing White’s rooks from entering the game, and due to the …Bе2 threat White’s next move is almost forced. 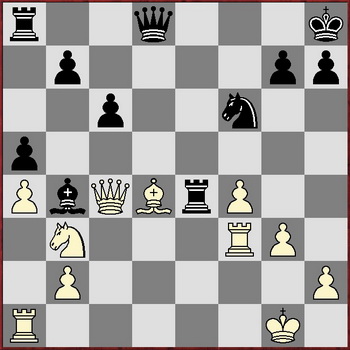 24…Qh5! A signal for action! White’s pieces got stuck on the queenside, and Black launches a direct attack. 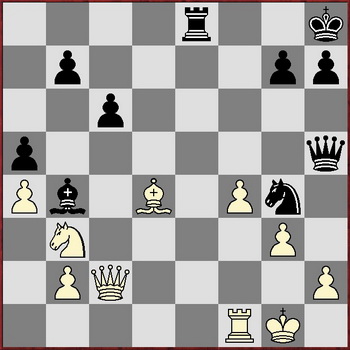 28…Rc8 29.Rd1. This attempt of indirectly protecting on с5 does not work because white pieces are seriously overloaded.

8.a4. The most popular way of avoiding 8.c3 d5 9.exd5 Nxd5 – even such a renowned theorist as Topalov recognizes Aronian’s superiority in the Marshall. 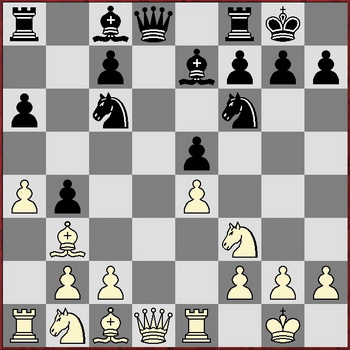 11.Nbd2. Levon never faced this rare move before. Here are the most recent examples from his practice: 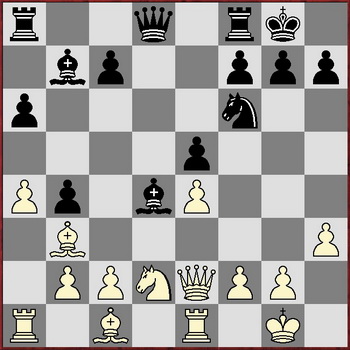 15.Bc4. This move is a novelty. Curiously, the only game that achieved the position above, Jansa-Razuvayev 1986, ended in a draw immediately after 15.Qf3 Kh8. White transfers the bishop to d3 in order to protect the е4-pawn, finally freeing the d2-knight.

15…a5 16.Bd3 Nd7. Levon’s decision is very concrete – Black is ready to part with the dark-squared bishop, but wants to utilize the opponent’s underdevelopment in return. On 16…Qe7 White probably planned 17.Nf3 Bb6 18.Nh4!?, and Black has to weaken his position by …g6.

17.Nf3 Nc5 18.Nxd4 exd4 19.Bf4 Re8. Calling for trouble! Topalov was skeptical about this move at the press-conference and recommended capturing on d3. Indeed, after 19…Nxd3 20.cxd3 c5 21.Rac1 Rc8 followed by …Bа6 Black is just fine, but Aronian’s move is also quite good, according to the computer. 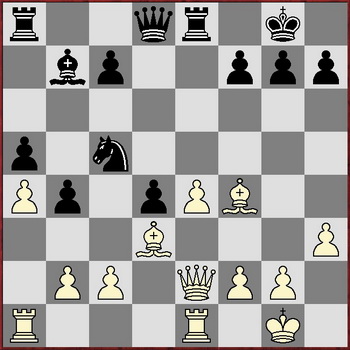 21…c6 22.Bc4 Ba6!? It doesn’t seem like Levon Aronian overlooked the opponent’s reply, which leads me to believe that this was provocation. He could easily insert 22…g6, and after 23.Qf3 Ne6! 24.Bh2 Ba6 I don’t see how White can utilize Black’s kingside weaknesses.

23.Bd6!? Topalov accepts the challenge! The position after 23.Bxa6 Rxa6 seems promising for Black, who simply puts a knight to е6 and advances the c-pawn. 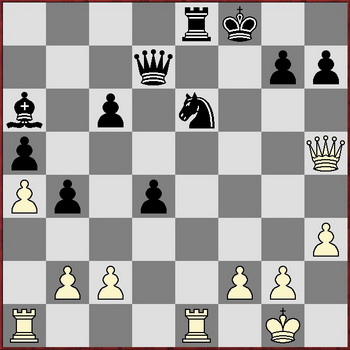 The computer insists on 30…Qc6 31.Qxc6 Bxc6, but here White’s chances are higher as well, at least in a game between humans.

Another move suggested by the machine – 30…Kg8, is hard to explain, but somehow it seems to be the best practical decision – after 31.a5 Bc6 32.a6 Qd5 33.f3 Rf8 Black’s threats should not be treated lightly. 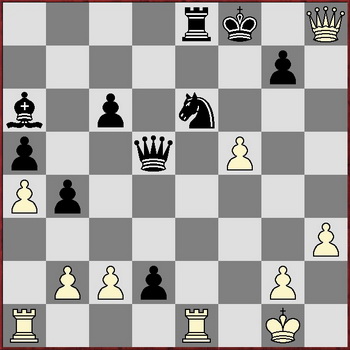 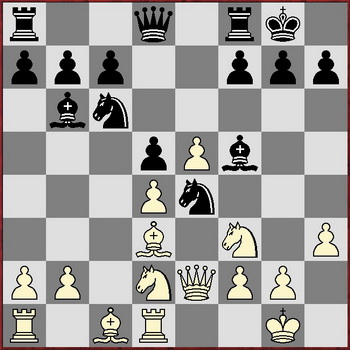 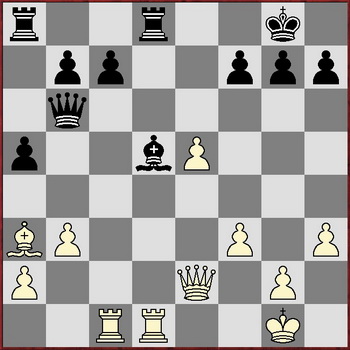 23…Be6. A silent draw offer. Once can understand a peaceful mood of the players, recalling their results in the previous round.

A highly tense battle between the two Russian players! Peter Svidler missed a real chance to jump to the joint first place right before a day off. Let us skip the opening part, because the main events of this game took place around the 40th move. 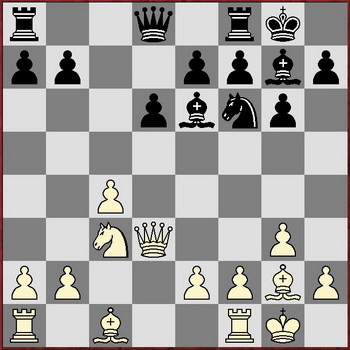 15.f3 e6. Black has to create himself a weakness on d6 in order to control the d5-square. The computer suggests waiting moves like 15…Rac8 16.Rfd1 Rfe8 17.Be3 Qa6, but White still has a lasting advantage due to his spatial gains. 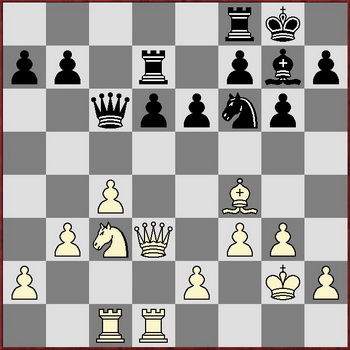 18.Qe3! A very strong maneuver, vacating a square for the rook. One can already assess the position: Black has no counterplay and must defend stoically.

21.e4 a6 22.e5! h6!? 23.h4! White continues to ask tough questions. Also unpleasant for Black is 23.Bxh6 Bxe5 24.Bf4, however the text-move is more in Peter Svidler’s style, who likes to add pressure and never shies away from complications. 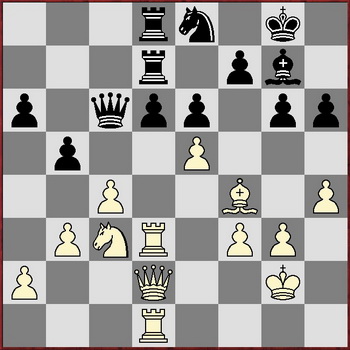 26.Ne4 Qb6 27.Nxd6?! Peter Svidler mentioned a stronger alternative – 27.Be3! White utilizes a pin on the d-file. After 27…Qb8 28.Nc5 Bxe5 29.Nxd7 Rxd7 30.Bxh6 the game enters the technical stage. White’s victory may be far from obvious, but after the text-move the evaluation almost becomes unclear! 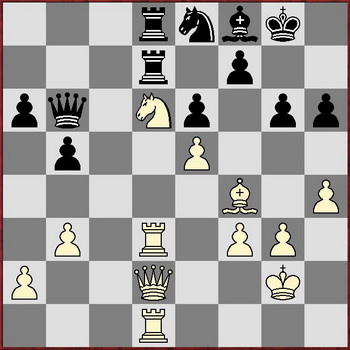 28.h5?! Not an optimal choice, but it’s easy to notice that White has too many tempting opportunities.

One of the computer recommendations – 28.Nc4 Rxd3 29.Nxb6 Rxd2+ 30.Rxd2 Rxd2+ 31.Bxd2 – looks almost craven, however after the white knight arrives to d7, Black will have serious problems with regrouping his pieces, especially the king.

The next dozen of moves were made under growing time pressure.

29.exd6 g5 30.Be5 Rc8. The machine recommends passive approach: 30…Bg7!? 31.Bxg7 Kxg7, however, accepting a major-piece ending with passive rooks is something Black does not want, especially considering the time trouble.

31.Rc1 Rxc1 32.Qxc1. Exchanging a couple of rooks adds strength to the d-pawn – Black’s blockade is not that firm.

Transposing to an endgame by 36.Qxb5 axb5 37.f4 is interesting. After 37…gxf4 38.Bxf4 Bf8 39.Be5! Black is completely paralyzed. Possibly Peter rejected it because he wanted more. 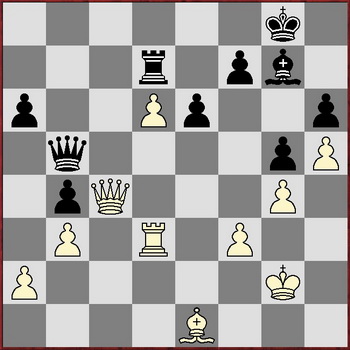 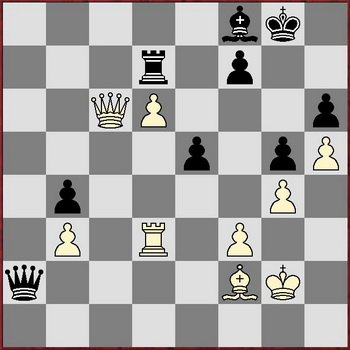 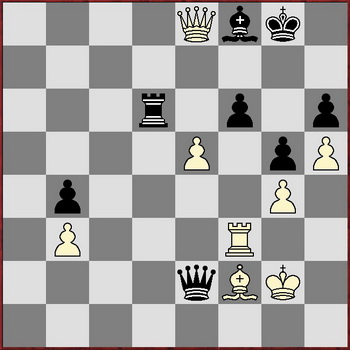 Having spent about 15 minutes, Vladimir Kramnik uncorked a phenomenal defense.