After the 8th round of the candidates tournament we saw a rare situation: five top grandmaster shared the fourth (or the last?) place. Today it got fixed, though. 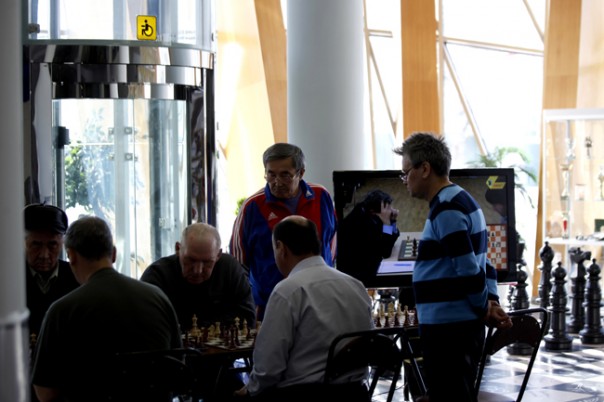 Everyone comes to Khanty-Mansiysk to play. The chess Mecca’s calendar is booked until the end of 2017! 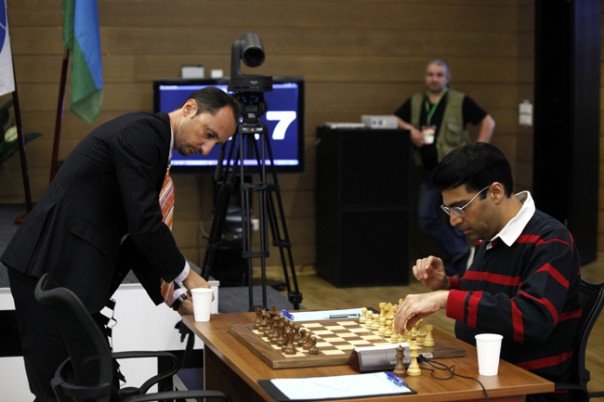 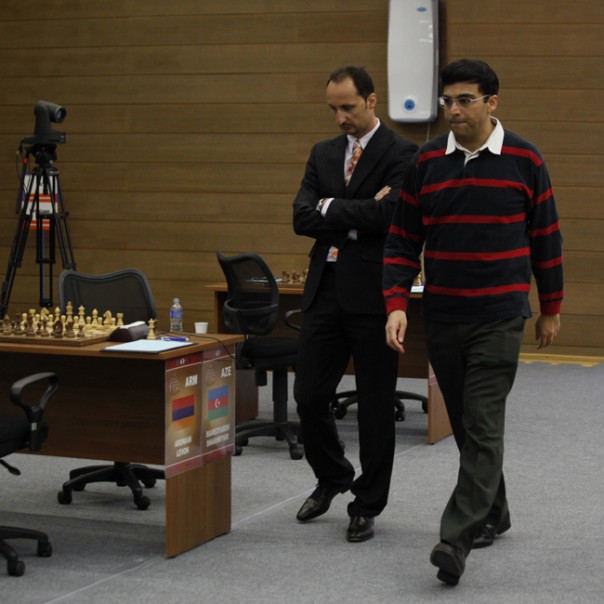 Anand passes by his opponent. 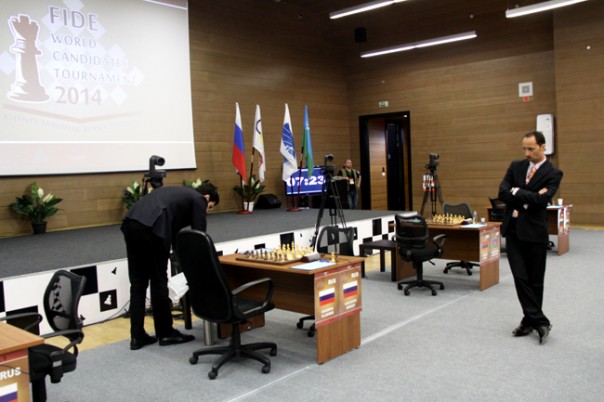 The Bulgarian grandmaster carefully studied all plates before the game. 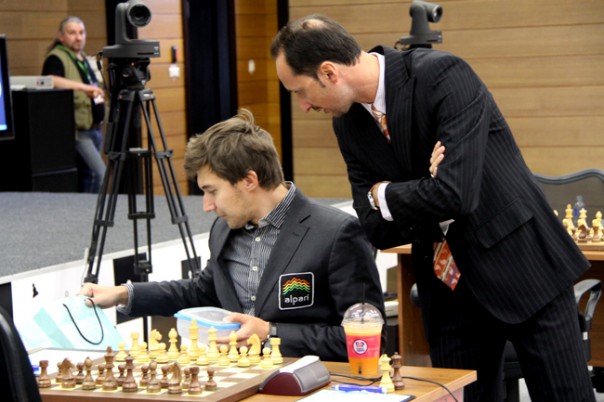 Then Veselin got curious about Sergey Karjakin’s bag content. 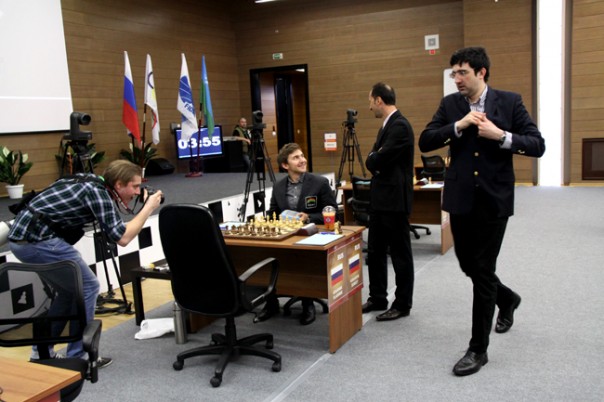 Or was it the bag itself? 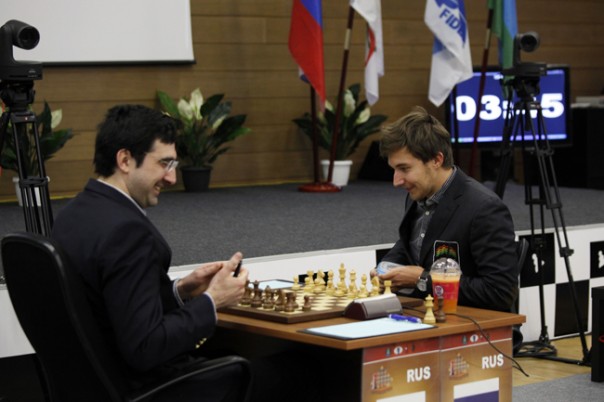 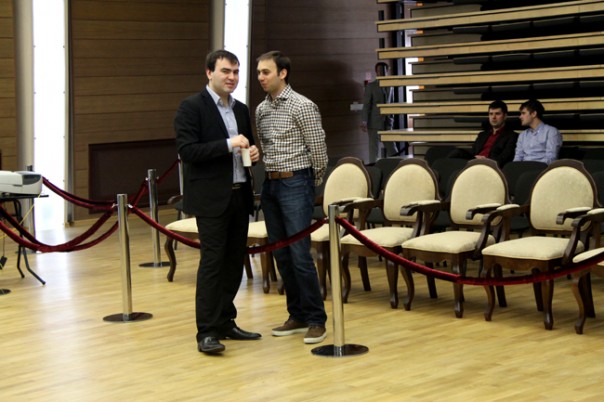 The candidates and their seconds. 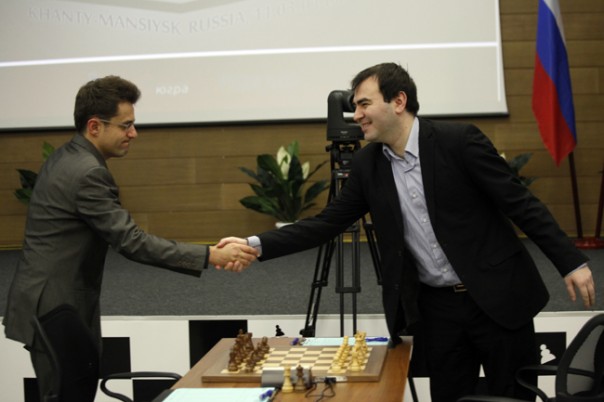 Levon Aronian and Shakhriyar Mamedyarov greeting each other. 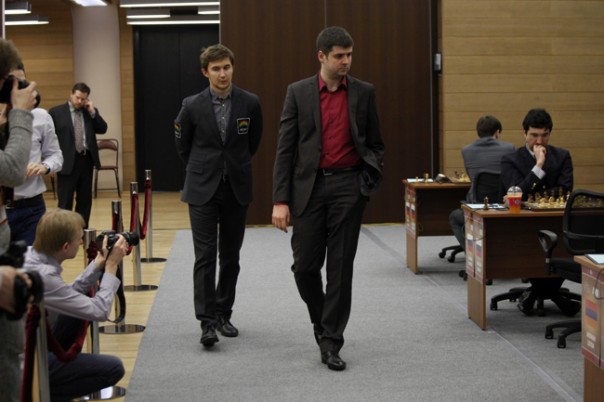 A traditional promenade of yesterday’s rivals. 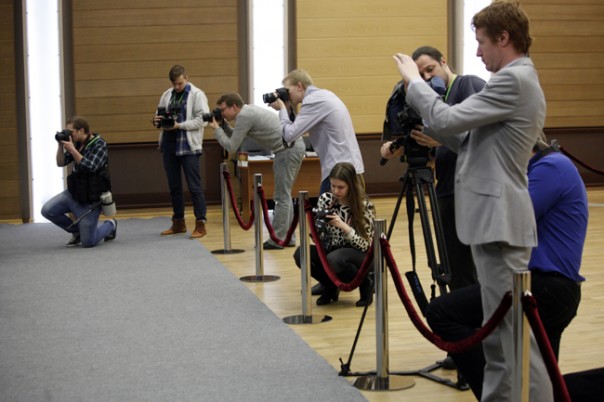 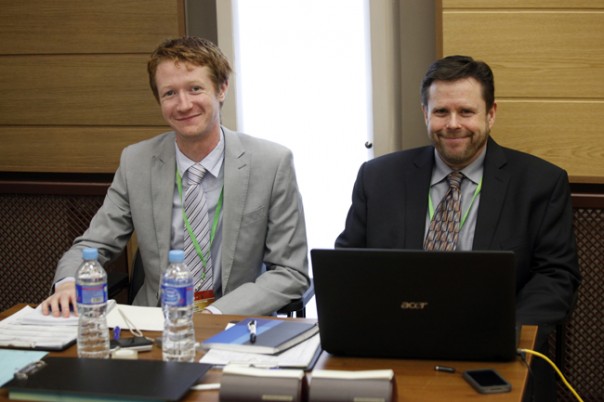 Arbiters: smiling while enforcing the law. 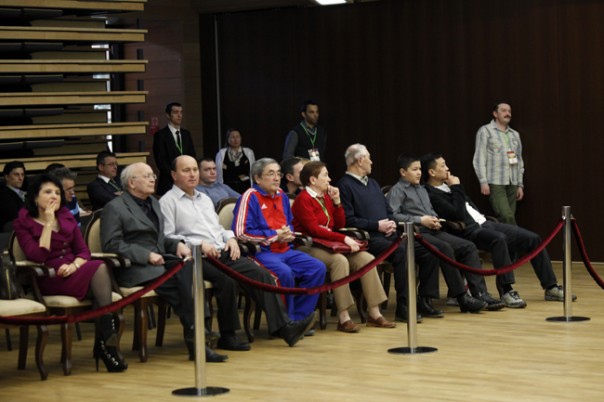 There were many spectators at the Academy because of a weekend. 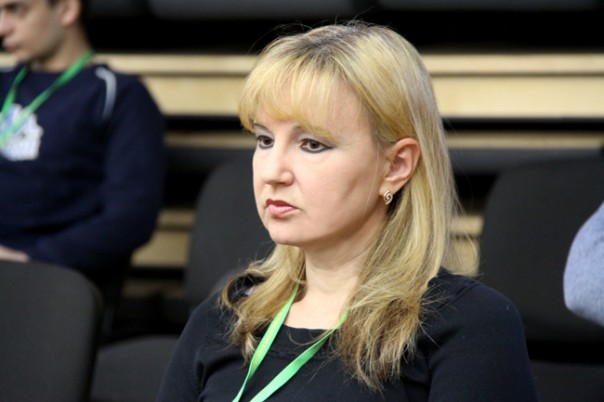 Galina Kovaleva, general manager of the Ugra Chess Academy, is telling how the candidates tournament influences chess life in Khanty-Mansiysk:

– This tournament is a great joy for us, just as all previous and coming events. It all started in 2005 – World Cups, Chess Olympiad, Women Chess Championship, Blitz and Rapid World Championships… And now we are hosting one of the most important chess events – a candidates tournament. We were really looking forward to it.

This tournament is especially important for our children. I was asked a couple of days back: “Where are your children?”, cause there are none at the playing hall. However, we are very careful about it, because children are noisy sometimes, they always want to discuss games with their friends and rarely can do it quietly. But it doesn’t mean they have no interest for this tournament! We live in a computer age, and they eagerly follow the games online. For them this tournament is an excellent master class, and they are learning a great deal.

Chess veterans, who are playing at the Academy on weekends, also visit the event and watch games online, and some of them even call my phone asking for updates. 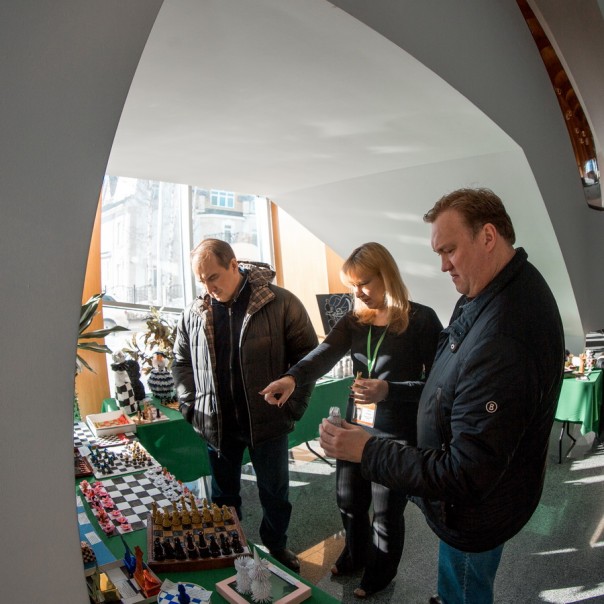 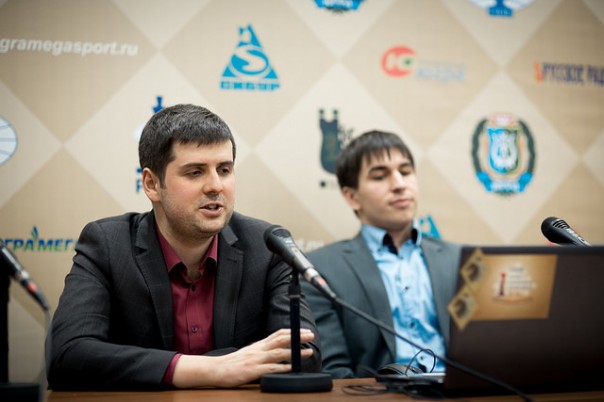 Dmitry Andreikin and Peter Svidler agreed that they played the most boring game of the day.

Svidler: “You asked me all the time to play a boring game – so I did it finally”. 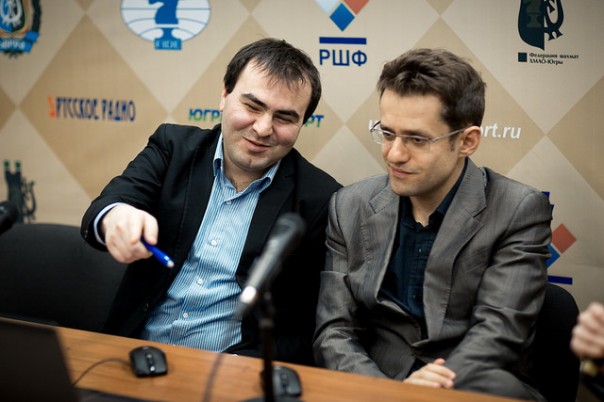 Shakhriyar Mamedyarov said he found all the key moves at the board – it was not his home preparation.

Levon Aronian: “Each game is a new, separate experience. Half a tournament is still ahead, and I have a chance for the first place. I just have to play and use my chances”. 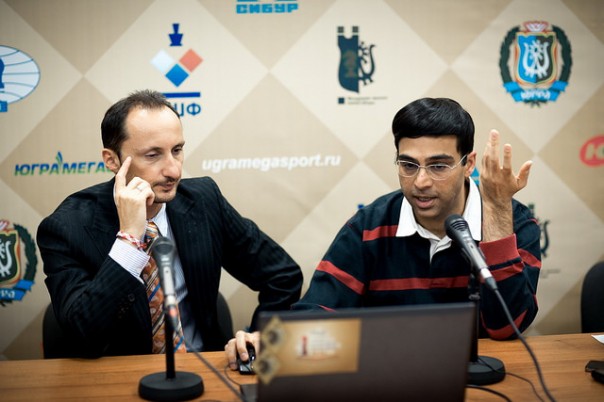 Viswanathan Anand and Veselin Topalov discussed their game in detail. 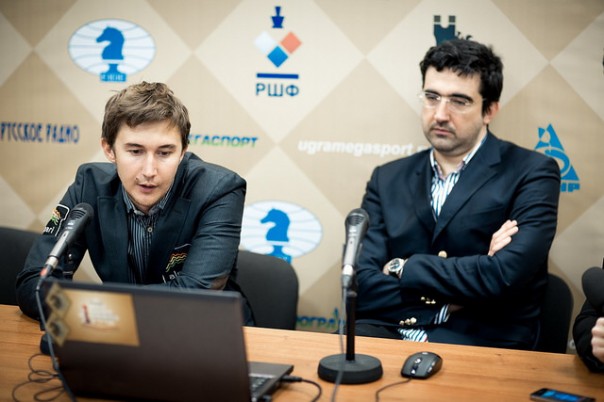 Vladimir Kramnik: “I was ready to resign after 44.е5, but Sergey decided to prolong my pain”.

A journalist asked about the tournament situation and Vishy Anand’s lead.

Vladimir Kramnik: “The one who makes fewer mistakes usually wins in chess. So far Vishy plays better than everyone, that’s why he is on top”.

Sergey Karjakin: “I agree with Vladimir. Of course if we didn’t make mistakes and played like computers, it would be just boring”.

Viswanathan Anand is leading after 9 rounds. Levon Aronian is a full point behind. The joint third place is shared by Vladimir Kramnik, Sergey Karjakin, and Shakhriyar Mamedyarov.

2 thoughts on “Anand the Invincible”